Choose how you see the world, and pick the lens that matches your style

Choose just the right lens from Sony’s extensive range of E-mount lenses, and bring your vlog to the next level with stunning and unique imagery. Incorporate background scenery into your script with a wide-angle lens, or make the subject grab the viewer’s attention by using a fixed focal length lens with an artfully blurred background. Move in closer with a macro lens or pull in distant scenes with a telephoto lens.

The ZV-E10’s impressive images are the result of the camera’s large APS-C sized image sensor. Compared to a smartphone camera, the image sensor of the ZV-E10 is more than ten times8 bigger, allowing for beautiful, professional-looking images with high resolution and intricate detail. [1]APS-C [2] 1.0-type [3]1/2.3~1/3.4-type

The ZV-E10’s large-format image sensor is designed to maximise light collection, producing 4K movies with high-quality images with less noise even when you’re shooting in a dimly lit setting.

The camera’s internal 4K video recordings9 are made using a full-pixel readout from the sensor, allowing the collection of approximately 2.4 times10 as much data as is required for 4K (roughly equivalent to 6K). This oversampling means that the recorded footage has more visual data condensed into every frame, resulting in remarkably detailed video imagery.  (A) 2.4 times information

Weighing in at just 364 grams (12.8 ounces)11, the ZV-E10 is ready to hit the road with you whenever you’re ready to vlog. The side-opening vari-angle LCD screen makes it easy to take selfies and check your framing, even when you’re shooting from high or low positions, and the ergonomic grip is designed for a safe and stable hold.

When you’re shooting a vlog session the last thing you want to do is fumble for buttons. With the ZV-E10 you’ll find the MOVIE button right on top, for quick access. There’s also a handy zoom lever12, and a Still/Movie/S&Q button that lets you easily switch between still images, normal videos and Slow & Quick Motion modes.

The ZV-E10 tells you at a glance that whether or not you are recording. A recording lamp on the front of the camera lights up in red, and the LCD monitor also displays a bold red frame, letting you know when recording is in progress.

Even quick-moving subjects stay in focus thanks to the ZV-E10’s Fast Hybrid AF system. With 425 phase-detection points13 covering around 84% 13 of the sensor’s image area, this wide coverage and dense AF point placement help to precisely capture subjects that might otherwise be difficult to focus on.

Let Real-time Tracking do the focusing work for you

Leave it up to the camera to focus on you

With the ZV-E10 you can concentrate on the more creative aspects of vlogging. The camera’s Eye AF feature uses sophisticated detection algorithms to recognise and track a subject’s eyes quickly and accurately, keeping a tight focus on a person’s eyes.

With just the press of a button, you can activate the ZV-E10’s Product Showcase Setting, ideal for product review videos. With the setting activated, whenever you hold a product up in front of the camera the focus will shift automatically to that object, and then back to your face again when you move the product out of frame. This setting is available even when image stabilisation is set to Active.

There’s no need for complicated manual adjustments – just press a single button to turn background blurring (bokeh) on and off. The button switches between a blurred, bokeh-rich background and a clearly focused one15, skipping all the complex setting.

The ZV-E10 is designed to produce healthy and natural-looking skin tones for everyone without extra editing. Thanks to the ZV-E10’s natural colour tuning, the camera automatically fine-tunes skin appearance.

The ZV-E10 features a Soft Skin Effect to smooth your skin’s appearance. The feature is designed to smooth out your skin while preserving sharpness in the eye and mouth regions. You can select from four levels (from “off” to “high”) to determine the level of this effect, depending on your preference.

Stay brightly lit wherever you go

Even when lighting conditions change abruptly, the ZV-E10 makes sure that you’ll always be brightly lit. From direct sunlight and backlit angles to shadows and dimly lit interior corners, the camera detects the subject’s face and automatically handles changes in brightness, performing rapid exposure adjustments to compensate.

Smooth and stable images even while walking

The ZV-E10 will help keep things smooth and steady when you’re on the move. Active Mode16 electronic image stabilisation delivers stable video footage with minimal shake and blur during hand-held recording, and it’s available even when the Product Showcase Setting is on.

The camera’s Slow & Quick Motion15 modes record videos up to 5x slower than real time or up to 60x faster. You can record at up to 50 Mbps with full HD quality, and it’s all done in-camera, so you don’t need to do any editing on a PC. You can also do high-speed full HD recording at 120fps1718 to create high-resolution slow-motion sequences in post production.

Equipped with a built-in Directional 3-Capsule Mic, the ZV-E10 records voices clearly even in crowded settings. It’s optimised to capture voices in front of the camera with fewer distracting ambient sounds, perfect for vlogging use.

The ZV-E10 comes with a wind screen, allowing worry-free recording when shooting outside. The supplied wind screen can be easily attached to the Multi Interface (MI) Shoe to reduce noise in windy conditions.

For even higher audio quality

Unlike with conventional analog audio transmission, you’ll never need to worry about cable signal interference. Just pair the ZV-E10 with any Sony microphone that supports a Digital Audio Interface via an MI Shoe for clear, low-noise, all-digital audio. Or, you can connect your favorite mic via the camera’s mic jack for even better audio.

Make sure that you’re getting exactly the audio stream that you’re hoping for. The ZV-E10 features a standard 3.5mm headphone output, so you can connect a set of headphones to monitor whether the audio is being properly recorded.

The Bluetooth®-enabled GP-VPT2BT grip (sold separately) provides easy, cable-free remote control of recording and zoom controls along with a custom button. Zoom and record operations are accessible for one-handed shooting, and the Bokeh Switch is also assigned by default to an easy-to-reach button for operation with a single touch.

Vertical shooting without the complications

Movies shot in a vertical orientation can be viewed the same way on a PC or smartphone, thanks to metadata recorded by the camera19. There’s no need to rotate the video manually, convenient when you’re sharing your work on social media.

Transfer to a smartphone for quick sharing

The ZV-E10 makes it easy to share 4K movies and still images after shooting. Even  when the camera is turned off, your images can continue to be transferred wirelessly from the camera to a smartphone, to be shared as soon as you’re ready.

Edit movies from your smartphone

Movie footage shot with the camera is easy to edit on a smartphone using the Movie Edit add-on20 from the Imaging Edge™ Mobile app. The image stabilisation feature uses the camera’s gyro sensor data to smooth out the video and compensate for camera shake. There’s also an intelligent framing feature that uses camera data to let you crop video and change aspect ratios while ensuring that the main subject remains in the frame.

You can switch up your colours to create a variety of artistic effects. Just change the Creative Style setting, or choose from seven21 different visual effects using Picture Effect mode, without any additional post-production.

If you want greater flexibility in adjusting colours during post-production, you’ll appreciate the ZV-E10’s support for S-Log3, the standard for maximising sensor performance in professional cameras. S-Log3 allows for a wide dynamic range, giving you the increased visual data you need for greater colour control during post-production editing on a PC.

Fine-tune your transitions when you switch focus

When you switch focus from one subject to another, you’ll enjoy fine-grained control over AF Transition Speed. Transition speed controls whether to perform a quick transition or a more gradual one, with seven different levels available.

With the ZV-E10’s interval shooting mode22 you can create evocative time-lapse movies assembled from still shots. The shooting interval can be adjusted from 1-60 seconds between shots, with up to 9,999 shots possible. You can see an in-camera preview of what the finished movie will look like, then use Sony’s Imaging Edge Desktop on a PC to put together the final footage.

With a single cable, the ZV-E10 can be used as an online communication tool23, taking advantage of its large sensor and built-in mic. To use the ZV-E10 as an external camera23, connect it to a PC24 or a Sony Xperia™ smartphone23 via a USB Type-C® cable connection. You can assign USB Streaming mode to a custom button for quick streaming.

When you’re shooting outdoors or anywhere without a power supply, you can rely on the camera’s battery to power up to 125 minutes25 of continuous movie shooting or up to 440 still images26. The camera also supports external power through a USB Type-C® connector, allowing an external mobile battery to further extend your recording time.

When you’re live-streaming or just engaging in an extended indoor shoot with access to an AC power supply, you can use an AC adaptor like the AC-PW20AM (sold separately) and never have to worry about running out of battery power.

Camera-shake metadata is recorded by the built-in gyro, allowing handheld footage to be smoothed out and stabilised in post-production. Using Sony’s Catalyst Browse / Catalyst Prepare desktop application27 you can easily balance automated shake-compensation and image-trimming levels. Catalyst can also make effective use of recorded camera-rotation data.

Elevate your moviemaking and still photography with Imaging Edge Desktop applications20. Use “Remote” to control and monitor shooting live on your PC screen; “Viewer” to quickly preview, rate, and select photos from large image libraries; and “Edit” to develop RAW data into high-quality photos for delivery. Get the best from Sony RAW files, and manage your productions more efficiently. 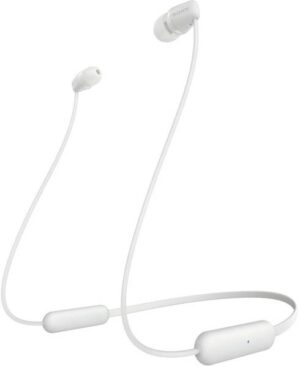 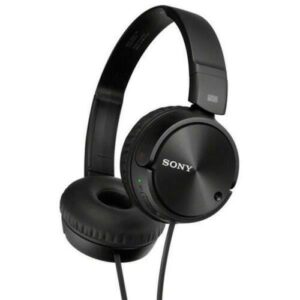 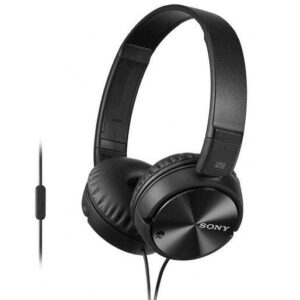 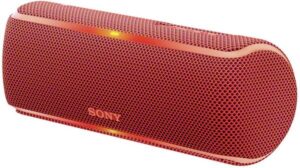